Our school is situated in the quiet diplomatic area of New Delhi.  We provide education for Kindergarten, Elementary and High School students, leading to completion of the Abitur (general qualification for university entrance).
As a recognised German school abroad, we tackle changing societal requirements and develop our school together with our students, parents and teachers. Transparency and participation are key to our school philosophy.
We are looking forward to your visit!

Legal Status of the School

The DSND is one of more than 140 overseas German schools recognised by the Standing Conference of the Ministers of Education and Cultural Affairs of the states in the Federal Republic of Germany (KMK) and hence authorised to award German school leaving certificates. DSND students can take the final secondary and middle school examinations as well as the German International Abitur Examination. The Bund-Länder Committee for School Education Abroad (BLASchA) is responsible for the academic supervision of schools world-wide. Whereas financial, personnel and organisational support is provided by the Central Office for the Overseas School System (ZfA) on behalf of the Federal Foreign Office.

The school is part of the Deutscher Schulverein New Delhi [DSND], a non-profit-making association registered in Germany. The school's affairs are managed by a Board elected by the patrons. The Board decides on the fee structure and supervises the finances.

In September 2013 the inspection at the German School New Delhi was undertaken by Ms. Schröder-Klein from Bremen, and Ms. Thiel from Hannover. The DSND passed this inspection with distinction thereby achieving the award of "Excellent German Overseas School".

On 28th May 2014, the German Ambassador to India Michael Steiner handed over the quality certificate “Excellent German School Abroad” to the German School in New Delhi in a festive event at the school. The quality certificate, which is signed by the Federal President Joachim Gauck, acknowledges the school as a place of high level education and encounter.

The DSND consisting only of a kinder garden and primary school was first set up in a residential house in Delhi in 1961.In the following years the school moved several times. During these moves the school was always housed in redesigned residences until it finally found a more permanent home in 1992; this was in the embassy building of the erstwhile GDR which had been acquired by the Federal Republic of Germany. Since then the school has been housed on federally owned grounds and also enjoys the protection of the German Embassy in matters relating to security.

The development from kinder garden and primary school right up to the Abitur level today has taken nearly 50 years. The DSND had always been a so-called Secondary Level I school going up to grade10. In 2007 the school first obtained permission to set up a Oberstufe (Secondary Level II) thereby allowing it an opportunity to expand further. The first Abitur examination took place at the end of the school year 09/10.

In September 2013 an inspection by the Bund-Länder Inspektion (Federal States inspection) was undertaken. The DSND passed this inspection with distinction thereby achieving the award of “Excellent German Overseas School”. 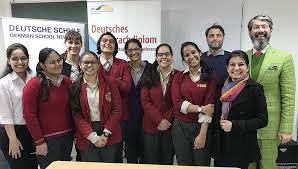 Joy to the world - Childrens' Choir of German School in Delhi

At the German School New Delhi upper secondary classes in the grammar school are taught a prescribed set of subjects remaining in their homeroom group. These subjects can no longer be split up into different courses. The option to choose either an advanced or basic course is no longer available at overseas schools.

Grade 5 at the DSND has been conceived as an orientation phase. Here classes actually take place at the grammar school (Gymnasium) level. At the end of grade 5 recommendations are made by the teaching staff concerning the choice of opting for Secondary General School (Hauptschule),

DSND Primary School includes the classes E1 (Classes 1 and 2 are taught together) and Classes 3 and 4. The small school provides students with opportunities to learn and grow together in a secure environment. The lessons are based on the German education plans, the Thuringian curriculum and the educational standards for schools abroad.

Pre school one group (Children turning 6 by 30th September of the coming academic year) • The Kindergarten is bilingual (total immersion model) The group teams consist of a German and an English speaking teacher.

average based on 0 ratings 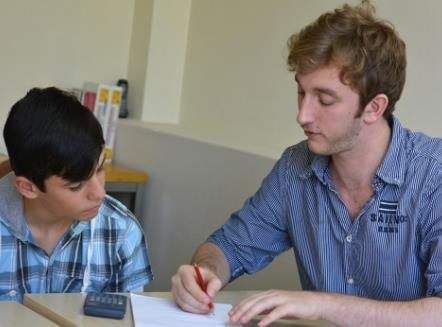 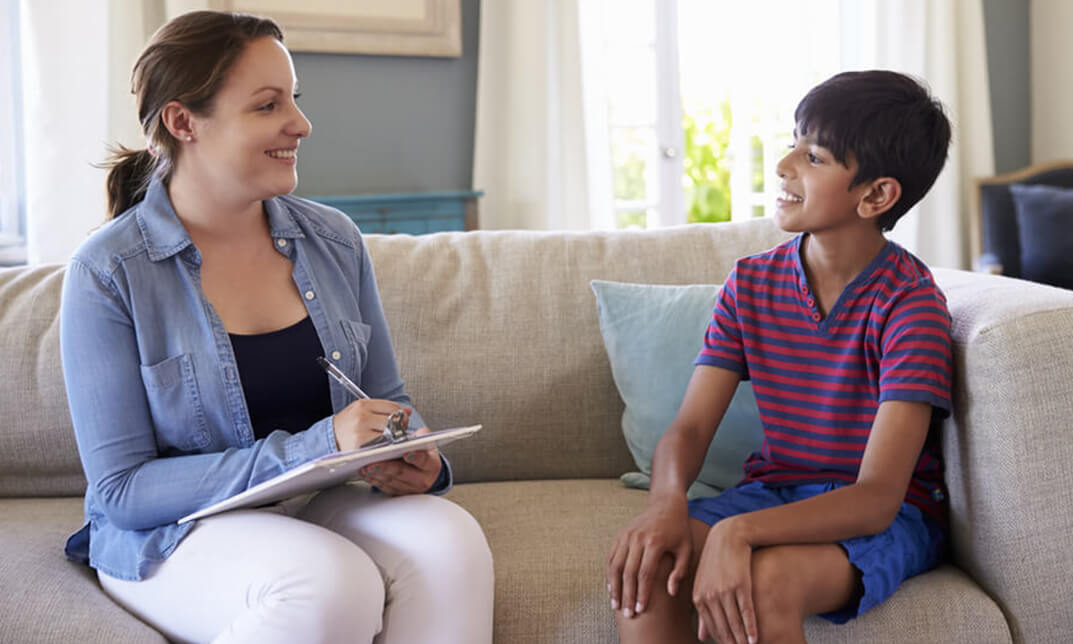 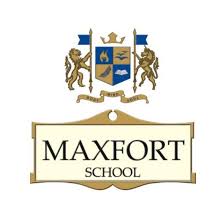